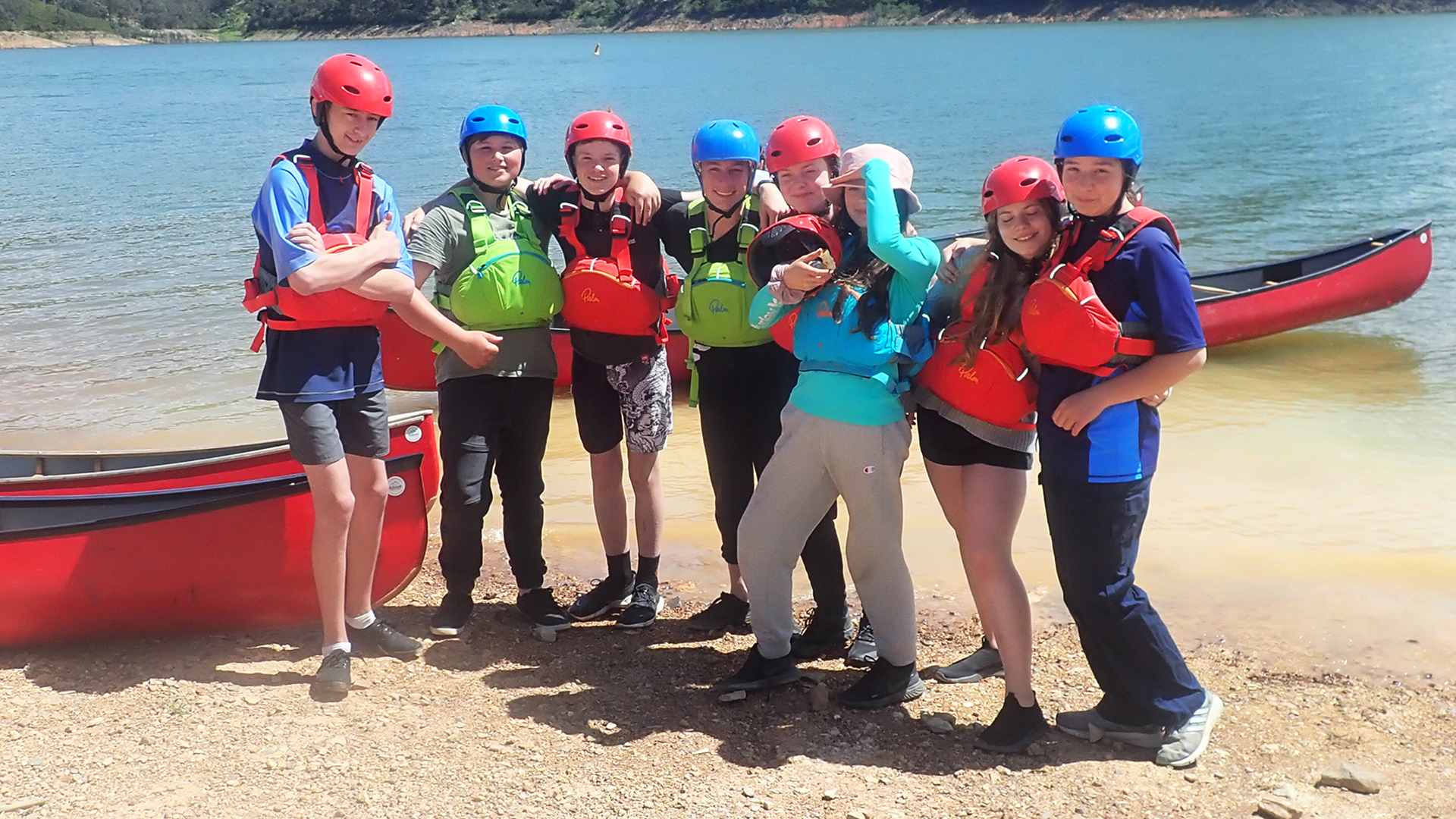 Students in year 7 - 9 participate in a number of subjects. The delivery of curriculum and the assessment of performance are measured against the Victorian Curriculum F-10.

In year 7 and 8, students will undertake music, drama and media in Performing Arts. These subjects give students a broad opportunity to practice their confidence and performing skills in a controlled environment. By year 9, students can elect to take music, media and/or drama as a middle school elective, where they will focus more on higher level theory and practical skills for their chosen discipline.

Students at Neerim District Secondary College can participate in Sport at a local school level, zone, regional, and state level. The variety of opportunities include both individual and team sports. Swimming, athletics, and cross country are held throughout Term One and Term Two, with team sports such as girls’ and boys’ football, netball, volleyball, tennis, cricket, and basketball held throughout the school year. Concepts of inclusion, teamwork, community, and peer support are valued in all sporting endeavours. All students are encourage to embrace these key values through house participation and assistance with sporting event management.

Click on the subjects below to find out more:

As a core subject, students in year 7-9 will undertake English four lessons a week. Throughout the year, students will learn and develop a variety of skills, such as speaking, reading, informative, creative and persuasive writing, just to name a few. Reading is a primary focus in English at NDSC currently, so students will be given plenty of opportunities to read and write about their reading. Additionally, there is an opportunity for students who are interested to participate in our competitive debating program. By doing so, students will have a chance to compete against other schools while working in a supportive team.

In year 7, students study history from the time of the earliest human communities, to the end of the ancient period. We investigate what life was like for people living in Ancient Australia, Egypt, Greece, Rome and China.

In the second semester, students will work on improving their geographical skills and understanding. Students will improve their knowledge of maps, countries and cities, as well as exploring the importance of water in the world and why people live where they live.

At the end of the year, students will also improve their understanding of consumer rights, when a study of civics and citizenship is undertaken.

History – In the first semester, students investigate medieval life. This study follows chronologically from Viking invasions, through exploration of knights, castles and armour, to research on significant individuals from the renaissance period, such as Henry VIII, Joan of Arc and Leonardo da Vinci.

Geography – In the second semester, students will develop an understanding of landscapes and landforms and the processes that lead to change in different parts of the world. Students will also explore urbanisation and its effects.

Civics and Citizenship – Students will investigate Australian politics and government.

History – Students study the making of the modern world from 1750 to 1918. This period covers industrialisation and the rapid change in the way people lived, worked and thought, the era of imperialism, colonisation of Australia, federation and the First World War.

Geography – Students consider how the world is changing and explore what these changes will mean to humans and the environment. The world’s biomes are researched and students develop an understanding of how changes in these biomes may impact the world, especially in relation to food security. This leads into an investigation of interconnection in the world, as well as the ethical use of resources and the effects of globalisation.

Civics and Citizenship – Students examine some of the fundamentals of the Australian legal system and take part in a mock court.

We actively promote Chinese culture and language at Neerim District Secondary College and across our partner schools within the Tarago Education Community. We have programs suitable for students in all year levels. We can deliver Chinese language to students from year 7 to VCE. We provide a range of Cultural activities and a learning environment in a modern decor, rich in technology, and featuring beautiful displays showcasing Chinese culture.

At NDSC, we have a dedicated team of teachers who deliver the Numeracy content based on research, promoting high quality learning. We have differentiated learning within each classroom that caters to the learning needs of all students with various skills and abilities. At the beginning of each year, all students at Neerim District Secondary College complete a PAT online test of Numeracy. The result from this provides staff with a building block allowing them to personalise and differentiate learning tasks suitable to each student’s ability. During the years, students are given the opportunity to further extend and apply their knowledge through participation in Mathematics competitions and events hosted by the Mathematics Association of Victoria. Students can strive for excellent results and be formally recognised for this.

During year 7 Numeracy, students explore the topics in Whole Numbers, Integers, Fractions, Decimals, Percentage and Ratio, Algebra, Measurement, Linear Equations, Angles and Shapes and Statistics and Probability. Over the years, they extend their levels and skills in these topics and head into Financial Mathematics, Trigonometry and Quadratics.

We offer PE from year 7 to year 12. Students in years 7 to 9 focus on developing fundamental motor skills through team and individual sports and physical activities, while completing supporting theory in line with the Vic Curriculum. At year 10 students will complete a coaching & skill analysis unit, looking at how to improve performance in athletes from a coaching perspective. Students in years 9 and 10 can also do a personal fitness elective. This looks at how students can reach their personal fitness goals by training and regular work outs. In year 10 students can also do an Outdoor Education unit. This will look at the different ways to enjoy and look after the outdoors, while building their outdoor skills. All year 7 to 10 PE units are designed to build the student’s prior knowledge and vocabulary before they get to VCE.

In Science students will learn to investigate, understand and communicate about the world around us. Through the study of Science, students are able to become critical thinkers and use evidence to evaluate what is happening around them. Students develop skills to work scientifically and explore evidence.

Science covers four main areas. Biology; understanding living things. Chemistry; the composition and behaviour of substances. Earth and Space Sciences; the earth’s structure and its place in the universe and Physics; understanding the nature of forces, motion, matter and energy

See more information about each elective below.

Do you have an idea, project or interest that you would pursue, but don’t seem to have the time? Then you will have the opportunity to spend 20% of you class time building Entrepreneurial Skills, Business Management, Financial Management, Publicity, Public Liaison, Market Research,

Inquiry learning to identify the many impacts on the health of our environment. Lake and river trips by canoe/kayak will give you access to healthy and not so healthy river systems so we can identify the issues first hand.

Students will participate in hands-on laboratory and project based learning tasks on site and through incursions and excursions. The class will lead students through a foundation of law, criminal justice, history of forensics and modern scientific advances in the forensic investigation field. This class is supporting the growing interest in jobs within science, medicine, engineering and law enforcement. During this class, students will partake in creating and solving crimes and crime scenes, analyse data, sharpen their powers of observation and critical thinking skills to solve problems.

Students will produce a stop motion animation and a live action movie. These projects will teach what happens behind the scenes, such as pre production, storyboard and script writing, post production and editing.

Students will also learn about genres of film and the codes and conventions. This will enable students to analyse and critique film. As part of their assessment students will hold a viewing of their work to staff and students.